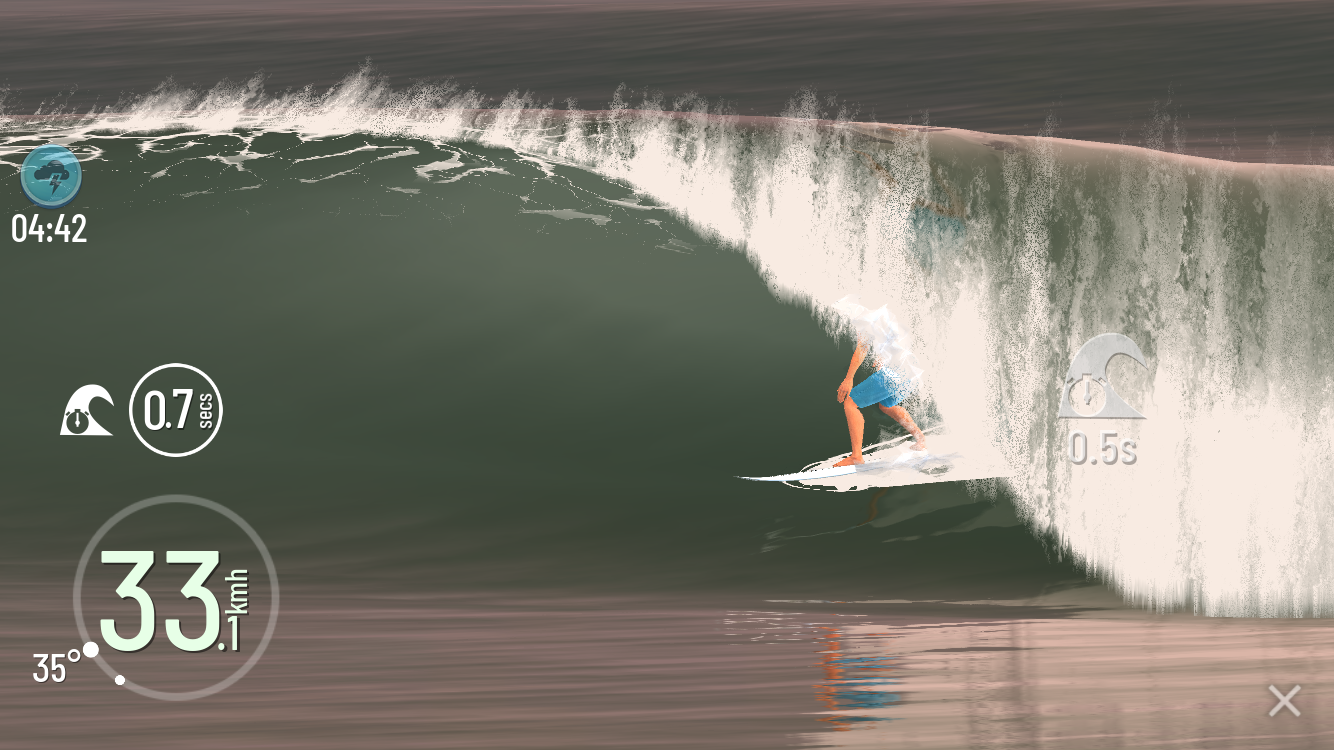 I’ve become a bit addicted recently to a free game on my iPhone called True Surf. Terrible name. Pretty good game. Actually a bit addicted is an understatement. I was so completely addicted that I deleted the app (because my wife told me she never would have married me if she knew I was a gamer) and then recently reinstalled it. Shhh, don’t tell her (she knows really).

True Surf claims to be the most realistic surfing game ever made in the whole wide world etc. etc. and may well actually be so. The controls are super simple: just like in real surfing, you can steer up or you can steer down. And that’s it. But as with real surfing, up and down equates to anywhere on the wave including on the face and in and above the lip. On completion of some of my full (and occasionally, double) rotation alley-oops and air reverses I have emitted giggles of pleasure and once a ‘Yes!” that was so loud that it woke S whom I had just got to sleep.

I have to admit that when I first downloaded the game, I thought it was rubbish – the first board you get is a Superflex 5’10” fish with very little drive – but after a few looooong bazzas at spots such as Skeleton Bay (arguably the best spot in the game) and Jeffrey’s Bay, it becomes extremely addictive. And of course there are upgrades and levels to complete and all that to keep you keen.

Each time you go up a level you are awarded travel tickets, perfect storm tokens (which make the waves pump for five minutes) and clams. Clams are the currency of True Surf land. Clams are for spending on new boards and wetsuits (although I cannot see the point in buying wetsuits as the avatar surfs perfectly well in shorts) and on travelling to other spots if you have already used up all of your travel tickets. In short, having lots of clams is good as you are able to buy any board you want. I currently want the Slater Designs Sci-Fi 6’2″ but unfortunately it is prohibitively expensive at 36,400 clams (I have 2,760 clams at the mo) so I won’t be buying it. If you are mental, there is an option to spend $149.99 real American dollars on a 90,000 bundle “Sea of Clams” but well, no. 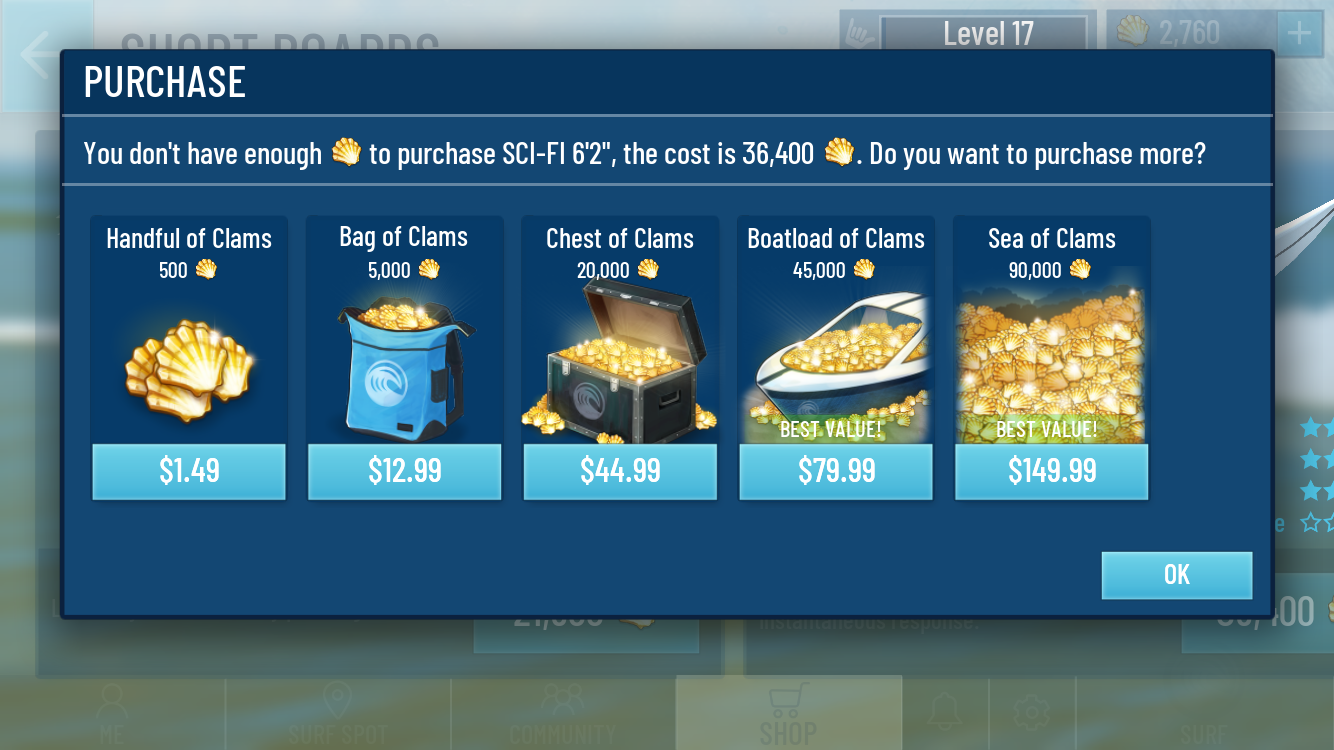 Ironically I have been playing a lot of True Surf while standing on the boardwalk above the beach watching … true surf. I have had one eye on the [real] waves, one eye on my phone and another eye on my baby boy, asleep in his pram. Incidentally I am a much better True Surfer than I am a true surfer but the game lets me surf the way I know I can if only the conditions, crowds, sun, moon and stars would bloody well align correctly. For once.

FYI I am currently on level 17 of True Surf. Download it here.

One Reply to “Truly Surfing”