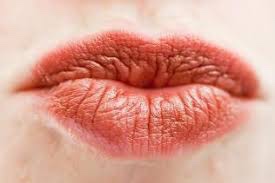 The other day our newborn son, M and I were in the street outside our apartment block preparing for a nice walk. It seemed, however, as if M wasn’t quite ready to go and he explained this to me by going very red and shouting like fuck. I picked him up out of his nice new pram and cradling him in my arms I jiggled and shushed him while trying to gently stuff the fucking dummy in his cute little mouth. As I did all this I was careful to wear my cool, nonchalant, experienced Dad face to show I knew what I was doing just in case anyone thought about calling the police. A *youngish woman approached and leaned in nice and close to see what was going on with M. I didn’t really want her to do this so I myself did something rather clever: which was to switch faces to my please fuck off face (learned in part from my lovely wife). The woman asked me if M was in pain and I replied politely, shouting gently through gritted teeth that no, it was normal behaviour for newborns and to please fuck off (this last bit subliminal). She didn’t do this but she did lean down and attempt to give M a nice kiss on his shouty face. To my credit I actually said ‘no,’ (rather than allow the kiss while wishing that I’d said no) and moved him out of her range a bit. She was cool though this woman as she hung around and kept on chatting to me while M kept shouting and I kept my PFO face firmly on.

Finally, M conceded before our new friend or I and I began to pack him up ready for the walk. I must have turned to place M in his pram at the exact point in time that the woman decided on a second attempted kiss as I caught for a moment in my peripheral vision her image, passing like the arm of a metronome through space, eyes shut and lips pursed tight. Thick skinned as she was, she left the scene after this and M and I waited until she was quite distant before we walked on in the same direction.

*Youngish is of course a relative term. I myself am 42 therefore I use youngish here to mean somewhere between 28-36 years old. My mother however, speaks of ‘nice young couples’, meaning sexagenarians and septuagenarians. Anyone than younger than 59, she lumps into the collective noun about your age.